Have you heard that Japan loves everything kawaii? But wait… what does this term actually means? and why it is so popular? The word kawaii comes from the Japanese phrase “kao hayushi” which means blushing. But over the time, the word meaning has changed to “cute” i.e. kawaii refers to all cute and lovable things. But kawaii is actually more than just being cute and adorable. It forms the large part of Japanese culture and is so popular that it can be found in their anime, art, fashion , lifestyle and more!

Based on historical documents, the initial definition of kawaii is originated from the 11th century novel “The tale of Genji” by Lady Murasak. But it was in Taisho Era (1912-1926) the term kawaii as a culture first came into existence.

If you look deep into Japanese artwork from this time, you will find that inanimate objects were added a face to make these feel a lot more alive and real. Exactly same thing goes for animals, they were also given human body or face so as to make people feel more affection towards them which you can see nowadays in lot of anime, cat girls characters. The first such kawaii character was by Yumeji Takeshisa in 1914.

After world war … during 1970s this began as a youth movement by teenage girls, which included child like writing, round characters and decorating their writings with symbols like hearts, stars, cartoon faces and more known as burikko ji (fake-child writing).

Even though many schools in the beginning even banned this style of writing, the marketers quickly caught the trend and started using this new aesthetic to market their products to younger generation , example Hello Kitty.

Why kawaii is so popular?

The japan is a nation with numerous contradictions. One of these being the strict workaholic culture vs the pink and frilly kawaii culture. In this contradictory society kawaii is a way for people to express their individuality in art and fashion. It gives them a escape from their over-stressed lifestyle. Apart from that, cuteness usually relates to babies, infants and small animals so by being kawaii, people evokes that same child like affectionate feelings towards them.

Another major impact of kawaii is the emergence of mascot. Mascots are very popular in Japan. These mascots are cute characters that represents cities, regions, businesses, events etc. The kawaii mascots have cute features, enlarged eyes, simley faces and chubby cheeks.

The best thing about this is it’s simplicity and cuteness of characters. Most of them are designed with big eyes, tiny nose and with barely any facial expressions. Some examples of these are Rilakkuma and Hello Kitty. In 1974, Sanrio (the stationery company) launched the iconic character of hello kitty which in turn has promoted the Japan’s cute culture worldwide.

What Makes Something Kawaii?

Kawaii characters are designed to be lovable, and this is accomplished by making them cute and innocent. They are designed simply and are small, which makes them appear more harmless. They express themselves more through their actions than through facial expressions, in fact lack of emotions is actually what makes them so lovable, as it allows viewers to project themselves onto the character.

Cosplay, or costume play holds a special status as a form of self-expression as well as a lifestyle, where the Japanese cosplayers show their respect and admiration for the anime junkies, where they of course go the extra mile to look / be like one thoroughly. People dress up to portray anime and manga characters, or their favorite pop-culture icons.

Cosplay events are common features of fan conventions and there are also dedicated conventions and local and international competitions, as well as social networks, websites and other forms of media centered on cosplay activities.

Kawaii is a Japanese word that means “cute” or “adorable”, depending on the context. At its core, kawaii is about being happy and having fun. Food inspires us to create everyday and in Japan, people have a deep appreciation for how they visually and sensually experience food.

It’s a trend that involves turning basic packed lunches— comprising rice, fish or meat, and vegetables—into adorable works of art. The presentation of the dish is very creative.

From whimsical fruit-shaped ketchup bottles to vibrant cakes topped with smiling marshmallow faces, it’s all about making food look adorably cute – and it was well-loved by people in Japan.

You may have seen some people considering paste colors, girly things as kawaii, whereas other considers kawaii as sexually cute and women only things. So here we will simply explain about different types of kawaii.

Dreamy kawaii. This has a magical dreamy feel to it. This type is obsessed with pastel colors, fluffy, fairy-tale looks and off course unicorns.

Simply cute. This refers to looking cute without going too extreme. This is a style, that is easy to wear casually everyday. It’s the simplest of all.

Ugly cute. The word busu-kawaii is made of 2 different words, busaiku (meanings ugly) and kawaii (cute). So this kawaii is ugly but cute. It associates with the pity feelings.

So now that you have learned that what actually it is, it’s time to know about some of the famous kawaii characters.

1. Hello Kitty : Hello Kitty is cute female cat character with a red bow and no mouth , created by Tumko Shimizu of Sanrio (the stationery company), she lives with her twin sister Mimi.

3. My Melody : My melody is another character by Sanrio, debuted as hello Kitty’s best friend she is cute little rabbit character who loves pound cakes.

4. Pikachu : With it’s yellow furr, pikachu is small, chubby and mouse like pokemon.

5. Totoro : Totoro is a character from japense animated film my neighbour totoro.

7. Cinnamoroll : This is a white puppy with long ears, blue eyes, pink cheeks, and a plump and curly tail that resembles a cinnamon roll and long ears that enable him to fly.

8. Gudetama : This is a character who is an egg. The name “Gudetama” translates from Japanese to English as “lazy egg.”

Though list is very long, we have just discussed about few of them. There are many more kawaii characters such as Pusheen, Kuromi, Little Twin Stars , Badtz-Maru etc.

So what’s your thought on kawaii? Comment your favorite character. Are you excited?We are giving away a $50 gift card every month

Don’t miss the chance to participate in the biggest kawaii giveaway!

Your cart is empty

You were not leaving your cart just like that, right?

Enter your details below to save your shopping cart for later. And, who knows, maybe we will even send you a sweet discount code :)

THE CUTEST THING EVER!! I bought this a little while back and it is still in amazing condition, not to mention the fast shipping. The item arrived after a week. Super good quality! 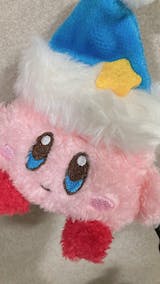 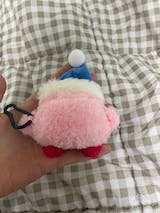 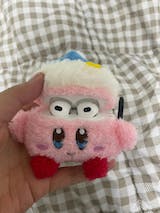 All I can say is super duper cute case for my AirPod pro 2. Extra fast shipping. 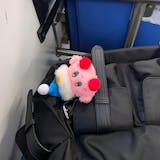 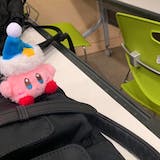 I love my silly little son !! It's a 50cm one, this size is out of stock now. It shipped very very quickly and the fella himself is high quality, softer than any other plush i have :D

Very soft! It also arrived very quickly! It's very cute in person and I enjoy leaving my Shark on my bed ❤️ 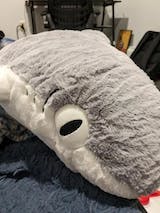 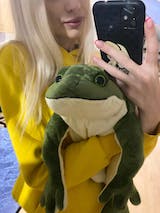 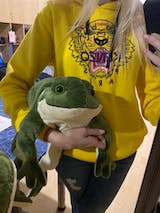 I buy here twice this frog, this time I took a small (like son ahahah), very funny and cute looks 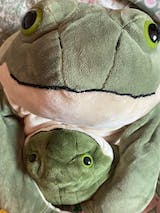 Is very cute and soft 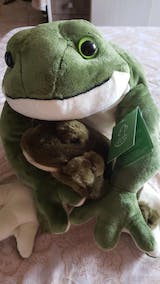 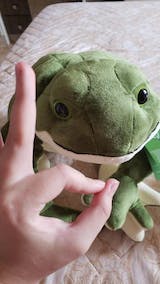 My son was delighted. He looks so like that frog he got lost 4 years ago that son is happy!!! Thank you very much!!! Gentle, soft, amazing to the touch, pleasant skin, does not smell anything. I recommend 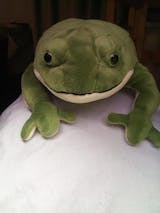 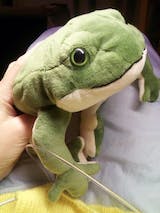 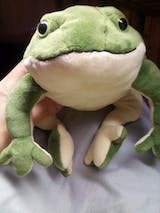 Super soft and bigger than it looks, it has a super nice touch. Mine is 35 cm one. 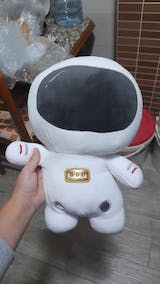 I love it! The quality is very good =) I highly recommend it 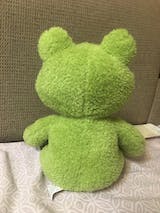 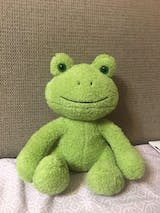 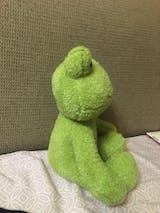